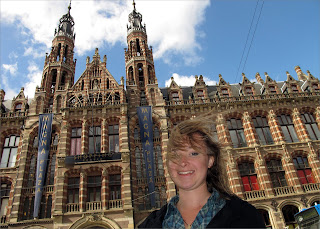 Outside a shopping mall in Amsterdam - photo copyright Bill Bennett ASC
I've moved on from Detroit and am now in Amsterdam. The past few days have been great. We are here with the IBC Convention. We have hooked up with Jannie van Wyk from South Africa. Jannie was one of the guys who helped us out tons in Cape Town. He and his wife Tracey let us stay with them the whole time and helped with just about everything else as well. Well Jannie works in the film industry and because of the big film convention going on over here he and a bunch of his guys were all here. It was great to see them. I had been so busy in Cape Town and it was nice to just go out and spend some time with everyone. They all flew back yesterday afternoon and so now we're on to museums and boat tours, all of which have been very fun. 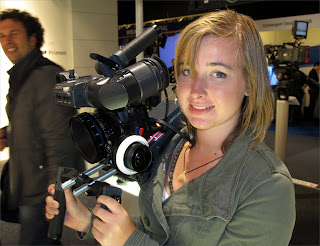 At the IBC Conference - photo copyright Bill Bennett ASC
It's a really amazing place here. I've had a lot of fun just walking around looking at all the crooked buildings. I have been wondering what will happen, most of the buildings here lean one way or the other. What will happen in a few more years if they keep tipping?! 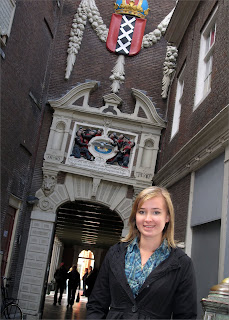 Photo copyright Bill Bennett ASC
Anyways, I know this is a really short blog, but there are tons of pictures and I slept in a bit this morning... gotta get going and make up for lost time!
Abby 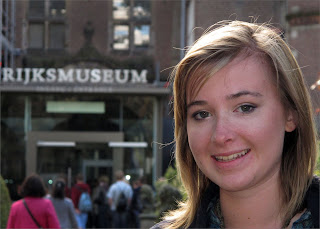 Outside the Rijksmuseum - the Rembrandt museum - photo copyright Bill Bennett ASC
Posted by Abby Sunderland at 8:39 AM 64 comments:

Another Day, Another Trip

Another day, another trip. This time I am in Detroit. I've spent the past two days racing on the Lake Huron in Michigan and talking at the Port Huron Yacht Club. It has been much more fun then I was expecting it to be. As an offshore sailor, I wasn't sure what to expect racing on a lake. I had never raced before and I wasn't sure I liked the idea.
The first day was an all women's race - a race they do once a year. I sailed on Hope, a Bristol 33, a nice and very fast little boat. On board was myself, the first time skipper, Carol McMillan, and four others who had never crewed all together before. Now I have always wondered how on earth six people can all be on board such a small boat all working without tripping over each other and just making a mess out of it. I'm still not sure how, but I now know that it does work, and it works well.
When I was sailing Wild Eyes single handedly, something as simple as a tack could take a while because things can get messy when you're sailing solo and you have to be very careful. When you've got six people on board who all know what they're doing everything happens at once. It is so much fun! I do still feel a little awkward on other peoples' boats. I miss having a boat that I know backwards and forwards and I'm used to doing everything myself. While being with a a good crew is a lot of fun, it makes me miss my boat even more.
Well, we ended up coming in first place, due to having an amazing crew who all did great considering that we had never sailed all together before and it being our skipper's first time. That night I got to meet Katie Pettibone. Katie is an amazing sailor. She has done three America's Cups and it was great to meet her and talk to her a little bit about everything that she has done.
Next day came around and I was on board the boat Liberty, a Beneteau 42 - a fast boat with a great crew. They had all sailed together before and so I wasn't needed much but jumped in to help out where ever I could. Liberty came in first in the two races we did that day, and I think it's safe to say I have had a very good first experience with racing.
A few hours after getting in, it was time for me to talk. I've done press conferences and question and answer things, but this was my first real time talking. Needless to say, I was a bit nervous. I have that terrible problem where when I get in front of a large crowd of people my mind goes blank. It was looking like there wasn't going to be too many people there and it was maybe five or ten minutes before starting. There were maybe a whole ten people there, so I wasn't too nervous. As that short five minutes passed, more and more people began to pile in. All of the seats filled up and then they pulled out even more chairs. Before long, the room was filled, including people standing along the back wall because there just wasn't room for more chairs. So now I was thoroughly scared and about ready to duck out the back door and make a run for it!
I didn't run though, I stayed there. It was a little hard to get started. I was shaking all over and suffering from having my mind go blank. I managed to get through the first few minutes, showed a little slide show of my trip, and introduced Charlie, who had come with me. After that, I launched into the story. I had a great audience. They all seemed happy which helped a lot. I had prepared a speech last week but instead of going with that, I decided just to wing it. I covered my whole trip, right from when I first decided I wanted to go, up until the end of the voyage of Wild Eyes.
I talked for maybe an hour and a half or so, and then answered questions and it was all over. It all went pretty well. I had been worried that I wouldn't talk long enough, but I ended up talking longer than had been planned. I was a little worried then that I had rambled on and bored everybody in the room, but everyone either really did like it or they were just super polite. Either way, I was finished and not feeling so bad about things.
This is my last day here. I'll be flying out at 7 tonight. It was a good stay here and while it does feel a little weird to be splashed in the face while sailing and not get a mouth full of salty water, I did still have a really good time with everybody here!
Abby
Posted by Abby Sunderland at 9:00 AM 42 comments: 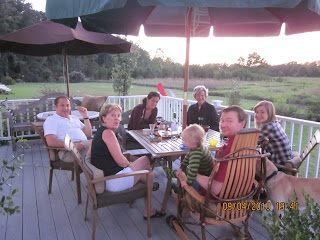 Sunset on the back porch in St Michaels

I have been traveling around a bit more since I last wrote. I just got back from Maryland and Washington DC. I flew out to visit my great aunt and uncle for a few days. It was a lot of fun there kayaking along the river, boating with my uncle and seeing the sights in the small local towns. I also got to meet two of my second cousins once removed and their parents. 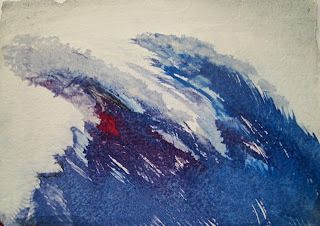 Monoprint of the southern ocean made in my aunt's studio
I did my first little talk at the Tred Avon Yacht Club there and it went very well. I started out a little bit terrified and kind of shaky, but by the end even I was having fun! All the members of the yacht club were extremely nice and they had some pretty good questions. It was a really good place to do my first talk. 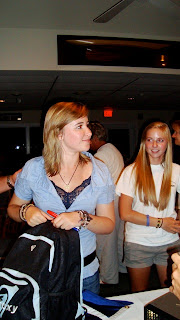 At the Tred Avon Yacht Club in Oxford
After awhile in St Michael's, Maryland we went into Washington DC where my aunt and uncle have an apartment. It was another great time walking around there. I also got to go talk to the Georgetown University sailing team. I was surprised by what a big sailing team they had and while a lot of them haven't sailed much other then small racing boats, it was pretty fun answering all of their questions and seeing the
beautiful campus. 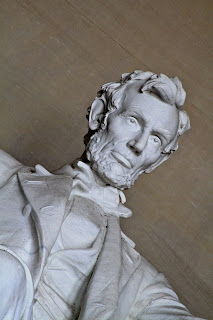 I wish I could write a big, long blog with all the little details of my last trip, but I've got to go now. I'm leaving for Detroit tomorrow to speak at the Port Huron Yacht Club and try my hand at a little racing.
I'll try to post more photos and such from the airport.
Abby
Posted by Abby Sunderland at 8:56 PM 28 comments: