Hey everyone,
I just wanted to make sure you all knew that I will be signing my new book Unsinkable today Saturday May 21st at 2:00pm at the Barnes and Noble in Westlake Village, California.
The address is:
160 South Westlake Boulevard
Thousand Oaks, CA 91362
I hope to see you there!
Abby
Posted by Abby Sunderland at 9:13 AM 20 comments: 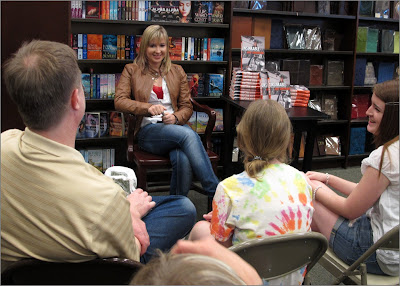 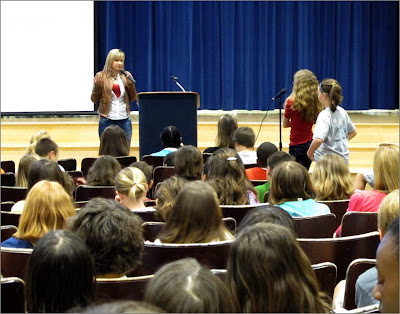 We got into Philadelphia Sunday night about 12:00am, but of course, being me, I ended up staying up till 4:30 finishing up notes and slides for my presentations the next day. I'm not sure there was much point in actually going to sleep as I woke up just half an hour later at 5... but at least I had everything ready to go.
I spoke at three middle schools today, 6th-8th grade. Then did a book signing at Barnes and Noble. The kids were adorable, super excited about everything, and had tons of great questions afterwards. Kinda funny thing, a lot of the things that these young 12 and 13 year olds were asking were much better questions then I've gotten from big time reporters. What's that show called? Are You Smarter Than a Fith Grader? Well, I had to have a bit of a chuckle to myself thinking about that. All in all it was a great day and I'm looking forward to tomorrow!
I'll be speaking at two high schools and then having another book signing at Borders in Waldorf, Maryland tonight at 7:00pm.
Talk to you all again soon!
Abby
Posted by Abby Sunderland at 7:35 AM 18 comments: