Hey Everyone,
Sorry I didn't finish up writing about my last trip sooner! Things have a been a little busy at home lately. We got out on the Chesapeake Saturday, the day after visiting NOAA, and we all had a lot of fun. There wasn't much wind, but it did pick on later on in the day. It was good to get out on the water, even if it was just in a Cal 22 for a few hours. We sailed around for four hours or so and then headed home. 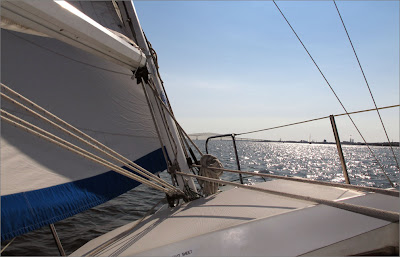 Sailing on the Chesepeake
We didn't have anything planned for the next day, so we decided to go out to Patrick Henry College in Virginia and visit one of my friends that goes to school there. The campus there looked a bit like the University of Maryland, just way smaller. The college hasn't been
around all that long and it was neat to see how much its grown over the years and everything that the students there have done to help make it what it is today. 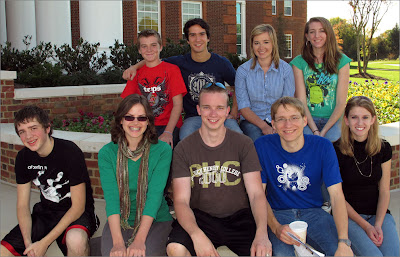 Visiting friends at Patrick Henry College
It didn't take long to get a tour of the small campus, then we spent awhile just chatting with some of the students from there. We then headed off to get a late lunch and head back to the hotel. It was also my little brother, Toby's, birthday. So we went out to dinner later that night. They didn't have any birthday candles at the restaurant so Scott downloaded a candle app on his iPhone. 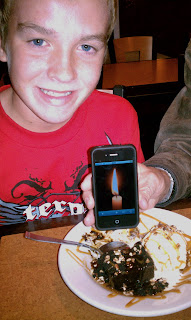 Toby's digital birthday candle
Next day was NASA. We spent the whole day there being shown all around.
I gave a short presentation to a room full of congressional staffers. The presentation
went well, even though at first the slides on the computer wouldn't work. It was a good day there, but rather then writing all about it, I'll post a bunch of pictures from that day. 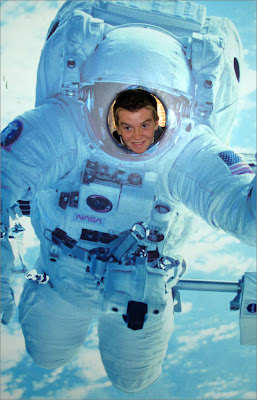 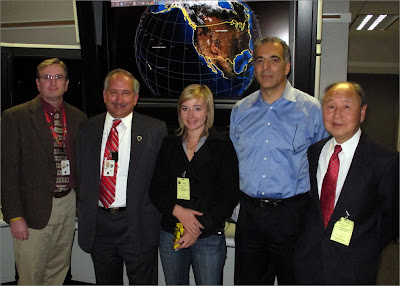 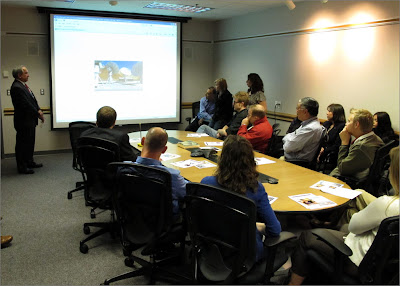 Tuesday was the day we were flying home, but we weren't flying home till later so we decided to head over to the Annapolis Yacht Club and look around down there. While we were over there we walked over to the the Naval Academy. That was a pretty cool to see. I wish we had had a little more time but it was getting late so we headed off to the airport. It had been a good, but long week and Toby and I were both looking forward to going home.
Abby 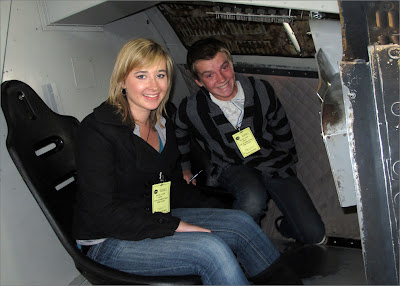 The NASA Visitor's Center
Posted by Abby Sunderland at 7:46 AM 38 comments: