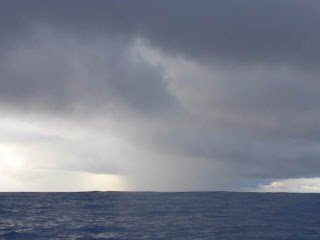 Beautiful sky
Well, I've avoided another storm that I thought I was going to get into. Commander's Weather have been doing a great job keeping in me out of the contrary winds. Even though I had been looking forward somewhat to my first gale out here I guess its better for the boat that we missed it.
I had been stuck in a frontal zone for the past several days which is why I have not been sailing south but east and even north. If I headed south I would have ended up in strong S and SE winds. The wind has shifted to the NW now but I will keep sailing east to stay in these good winds as long as I can and then duck down to the SE, towards Cape Horn, hopefully Thursday. The weather down here is always changing and always brewing up some kind of trouble. I'm around 2500 miles from the Horn now and I'm getting super excited to finally be doing this!!
Other than counting down the miles to Cape Horn daily, there hasn't been a lot of excitement out here. Its rained almost all day long the past two days so I've been staying down below a lot. So things are pretty normal and time is flying by out here. 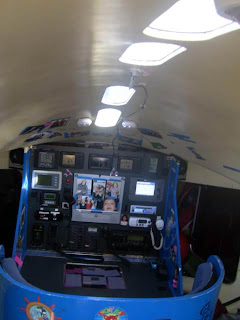 For a while it had been getting really cold! At night it got all the way down to 70 degrees! (well, its cold compared to how it has been!) Now that the cold front I was near has passed and the current front from the NW is warm it is warming up a little. 78 degrees tonight!